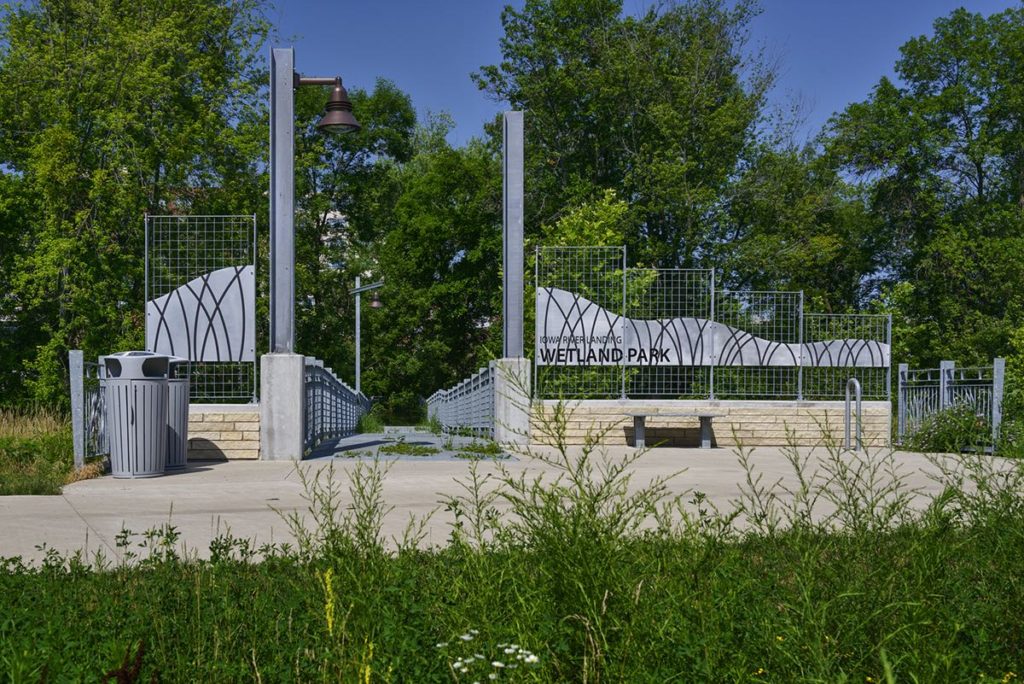 Partnerships and Collaboration Grow out of CRS Involvement

The job of figuring out what needed to be done to get Coralville, Iowa, into the Community Rating System fell onto the desk of Beth Rumpza, an intern in Coralville’s Engineering Department (and a student at nearby University of Iowa). Rumpza began by reading through the CRS Coordinator’s Manual and she and James Kessler, Building and Zoning Official, looked at what the city had already done in the way of flood hazard management. The city lies in east-central Iowa, where Clear Creek flows into the Iowa River (both sources of flooding), and has almost 20,000 people.

“The Manual was pretty straight-forward,” Rumpza says, “easy to follow, and well organized.” She saw that Coralville could get credit for some of the things it was already doing, so it was a matter of collecting the information needed to document that.

An important component of the CRS participation process for Coralville has been the linkages the community has sought and maintained, both within and outside of the community itself. According to Rumpza, three partnerships have been particularly noteworthy.

In past years, Coralville had done a lot of work that is creditable under the Open Space Preservation activity of the CRS. The city bought and subsequently demolished 30 structures on properties along the Iowa River. This property was then restored to natural wetlands habitat and converted into a park and detention pond. The seven-acre Iowa River Landing Wetland Park encompasses three distinct types of wetlands: emergent, forested, and wet meadow. There is a two-acre pond, and a viewing tower that serves as an observation point. The park is popular for nature walks, bird watching, and wildlife photography.

In conjunction with the wetlands park, the city continues to add to its Clear Creek Greenbelt—a system of pedestrian and bike trails on both sides of Clear Creek. “The city has been doing a great job of working to restrict future development in the floodplain,” Rumpza says.

The process of joining the CRS helped Coralville’s elected officials focus on flooding in the community, and how the impacts of flooding could be reduced, Rumpza says. The fact that CRS participation meant getting economic benefits in the form of reductions in flood insurance premiums was an incentive.

“The support provided by the ISO was great and invaluable throughout the entire process,” Rumpza summarizes. In May 2016 Coralville entered the CRS as a Class 7, gaining a 15% discount on flood insurance premiums for its floodplain residents.

Editor’s note: This is just a snapshot of the numerous floodplain management and CRS activities being carried out in Coralville. For more details, see the city’s website.